Skip to main content
Where Your Story Never Ends... 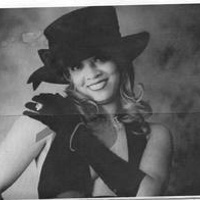 Dasanni Speaks was created from a place of pain. In April 2011 my mother took her own life. My mother raised me and I watched her struggle with mental illness her whole life but she was one of the most kindest, selfless women that you would ever meet and the fact that she took it was surreal. The thing that hit me the most was at the time I was serving an 8 to 20 year sentence and due to the rules set forth by the prison I was not allowed to go to her funeral since it was out of town. I was crushed in every way possible but I knew that I had to do what I needed to do so I didn't lose another person while I was put away. Fast forward to years later and due to the circumstances in my life all the pain from losing my mother and my past before then started to flood in and it started to effect me mentally, emotionally and towards the end physically. It was a scary moment for me because I knew that if I didn't get help I would end up just like my mother.

When I started my therapy they asked that general question they ask everyone, "What do you do to relieve stress?". I sat there and thought about it and I could think of things that I liked to do but never anything that made my mind turn off. Peace to me is when you feel safe and relaxed and stop fighting with my thoughts. What I didn't know is that that question would be the stepping stone to Dasanni Speaks Wire Jewelry.

When I was younger my mom dabbled in jewelry making as a hobby and I used to help her from time to time and so I figured I would look into again and I stumbled across wire wrapping. I instantly fell in love with it and actually happened to be very well at it where people were telling me that I should sell it to other people. So I started the journey and this company emerged and has been such a blessing since. When I am wrapping jewelry I don't think about anything but manipulating the wire to form beautiful art. Not only that it was the first time in 9 years that I felt like I was near to my mom. The actual name Dasanni Speaks comes from my moms stage name as a Jazz Singer. She had a beautiful soulful voice to match her outer beauty and people use to compare her to the late Dorothy Dandridge.

So as I embark on this journey I hope that you can join me and help carry the memory of my mom on while raising awareness for mental health and suicide prevention since $2 of every jewelry piece sold goes towards the Keya House in Lincoln, Nebraska. They specialize in helping teens through crises situations such as suicide attempts.

So, even though my mother isn't walking the earth anymore it doesn't mean that her story has to end....

Special Thanks to Electrical Enterprises of Roca, NE for providing part of the raw copper used to make the jewelry offered on this site.